The newly-minted TRX Dragon Boat team takes to the waters during an amazing ITC in Hong Kong!

It is customary to participate in a cultural experience that is physical after a TRX Summit or ITC (Instructor Training Course). Over the weekend, we took the instructors to the beautiful waters of Stanley for a Dragon Boat experience!

An intense ITC kicked off at Optimum Performance Studio earlier this week. It was a privilege for me to get together once again with the best TRX instructors from Asia, earning and pursuing our better! 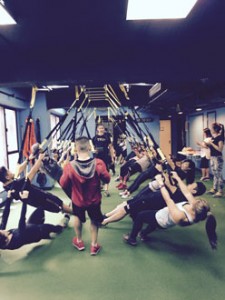 It was great to have Fraser Quelch from TRX HQ putting us through our paces! Having only recently participated in the new TRX Functional Training course in San Francisco, I continue to experience first-hand TRX’s commitment to ensuring all their trainers throughout the world are well-versed in their latest programs and protocols. 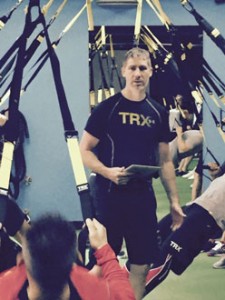 Tommy Yau holds the TRX world record for executing the single-handed mode with his eyes closed(!) in 1.96 seconds… you have to see it to believe it! 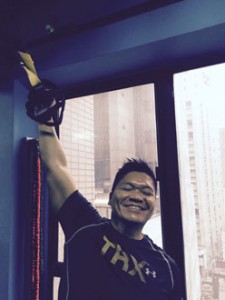 For this ITC cultural activity, I arranged a Dragon Boat session for Team TRX!

Dragon Boats are traditional paddled watercraft in China which have similarities to other traditional long boats found throughout Asia, Africa and the Pacific Islands.

Dragon Boat racing is a sport which traces its roots to an ancient folk ritual of contesting villagers, which has been held throughout southern China for more than 2000 years!

In modern times, Dragon Boat racing has emerged as an international sport, beginning in Hong Kong in 1976.

My first Dragon Boat race was way back in 1990(!). I have been actively involved since then in coaching teams for a cumulative 15 years, most notably the Seagods Mixed Dragon Boat Champions (primarily land-based conditioning). I won a bronze medal at the 2012 World Club Crew Championships run by the International Dragon Boat Federation.

Before we set off to the stunning waters of Stanley beach, I gave our TRX instructors a briefing using our terminology, covering aspects of safety, standards and application, with the goal of an on-water racing challenge! 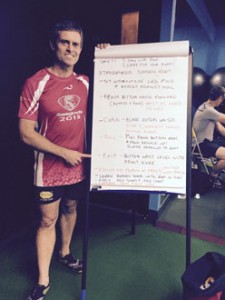 We practised our paddling form and technique in the gym, utilising the TRX Rip Trainer to full effect! The Rip is a fantastic tool for not just Dragon Boat technique, but other paddling sports such as outrigger racing.

I incorporate the Rip regularly in multi modality circuit training. You can find several examples of workouts for paddling on my Blog, here’s a circuit from 2012 with me and Linzi Arellano-Co with the Rip and the TRX Suspension Trainer, and this is a more recent conditioning circuit I designed for the Seagods which uses primarily bodyweight movements and adds the Rip to mimic the actual motion of paddling. 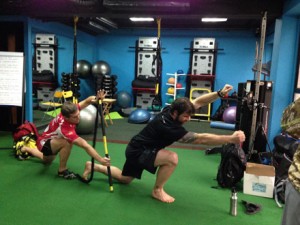 Arriving at Stanley, we came under the guidance of super coach Yan-Yan Li. Yan-Yan built up our technique for over an hour to the point that we decided to line up and race some local teams in an informal race!

After the race start we were placed a distant third. However, with only 200 metres to go, Team TRX was united and started to chant (or grunt!) and avoided panicking. We picked up to second place with 100 metres to go, and closing in hard on first place!

Our competitive drive took over and we pipped first place by a couple of metres for a stunning photo finish! Victory was sweet and I don’t know who was more surprised, Yan-Yan or me. 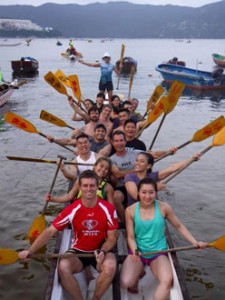 This was truly an incredible effort for a first race together, and afterwards the teams that we beat were asking us where we were from and what was our “secret sauce”!

This was a very good effort and well-deserved victory for Team TRX Asia! Make sure you follow this Blog and my Facebook page for more up-to-date news on TRX and much more!

Enjoy the video footage of our exciting race!