I am training the Seagods Dragon Boat team again this year. With this year’s Dragon Boat races approaching fast, it is important to consider and reflect upon mindset. This approach to mindset is applicable to all sporting and physical activity, but here I discuss mindset specifically in regard to Dragon Boat racing.

Focus is applying your energy to a specific task.

The task at hand is putting the blade of the paddle into the water, applying compressive power and pulling backwards and then returning it back to the start.

The most important aspect of this task is to do it in time with everybody in the boat. A stroke out of focus, or the race strategist out of focus, and even the person at the back out of focus will interrupt team rhythm resulting in a poor performing boat and some unhappy campers. 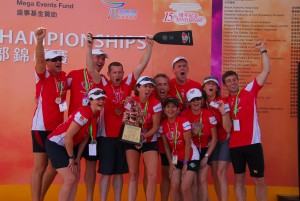 Most people have heard sportspeople like Michael Jordan talk about “the Zone” when performing to the best of their ability… and everything seems to happen as if by divine intervention.

The Zone is what sport psychologists call “optimal arousal”. That is the individual’s best combination of stimulation to enable the individual to perform optimally. Different sports lean towards higher or lower stimulation levels. For example, a shooter needs to be calm to concentrate on pulling the trigger in between heart beats, whilst a rugby player needs greater awareness of his surroundings to negotiate scoring a try.

At one end of the spectrum is sedation and at the other end is stimulation. One can be under aroused- yes, too relaxed- and conversely, one can be over aroused and “choke”. Both extremes can sway a team out of balance or focus.

Team culture, the pre-race routine, the tension of the moment distractions and environment including space, temperature and fueling and fatigue go into the juggling mix of optimal arousal.

The younger or more inexperienced the individuals, the more easily distracted the team will be.

So what to do?
Eliminate distraction and improve focus is the solution.

How?
Golfers like Tiger Woods “switch off” in between shots to rest their brains so they don’t get paralyzed from over analysis. Dragon Boat heats, semis and finals are often hours apart. It is best then to remove to a safe team sanctuary, away from the nervous tension of the arena. Nervous tension burns up adrenaline and makes you tired. 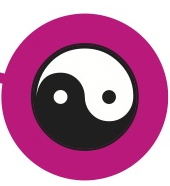 Inform every team member in advance what the schedule is, so that individuals are free to do their own mental preparation. During that downtime, make sure you hydrate and fuel up as necessary, but not to excess.

1. It elevates the body temperature.

2. It rehearses the sport you are about to do, and can help to prevent injury at the very least.

3. It brings the individuals together, doing the exact same thing in unison. This is when individuals become a team. Chanting “ohmm” as used by yogis brings a group of people together on the same wave length. They then can get in synchronicity faster and more effectively.

A warm-up is where the focus is applied to the task at hand.

Once in the line-up the focus is tighter, but people could still be relaxed as long as they are not distracted by others’ uniforms, physiques or attitudes.

Once in the boat, all eyes need to be in the boat aside from the steersman. No one talks except designated speakers and everyone is tuned into them. And then the race starts, general strategy is important but uppermost is getting the blade into and out of the water, in time with everyone else.

This is called discipline.

Once the race is finished, individuals should be free to release any nervous tension joy or disappointment anyway they like as long it doesn’t not affect team morale adversely, and must be dealt with by the time the next warmup starts.

The greatest critism of the seagods is also their greatest accolade- “a drinking team that paddles well”.

This is the culture and is fantastic when you separate the alcohol from the joviality. The spirit of joviality is good as long as that high energy is focused on the task at hand.

It is a delicate balance that must be practiced to perfection, and to be flexible enough to deal with race day distractions. 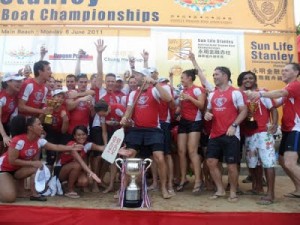 My advice is to warm-up according to temperature, and then go into “race mode” when the warm-up starts.

A chant before or after to signal it is time to focus, and then a procession in order of first into boat and in pairs if possible, with little unnessesary interaction as possible until the race is finished.

As an idea for a chant- the race start call out is the idea that ensures focus and lifts morale.

Nutrition strategies and what’s included in the warmup has not changed much and has won you more races than you have lost. Some tweaking is worth considering, but not in absence of what has worked before, and in my opinion won’t change the performance as much as being a focused and disciplined team preparing to compete in a world championship.