Previous LIFE FITNESS SYNRGY AT THE GRAND HYATT!
Next REX TSO- BOXING VICTORY AT THE VENETIAN!

I have been working on Rex Tso’s training team as strength and conditioning coach. I was honoured to have been mentioned by Rex and his head trainer Jay Lau in a South China Morning Post article. We are now counting down to his 18 July match-up at The Venetian in Macau!

Hong Kong’s professional boxer Rex Tso has tremendous talent and a fantastic work ethic. Over the past few months, it has been an absolute pleasure and privilege for me to have been working with Rex and his training team, who are the consummate professionals. The team has amongst the best attitudes to training that I have come across in my many years of coaching. 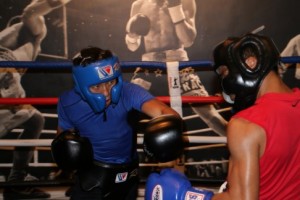 It was a great honour for me to have been mentioned by Rex and Jay in the SCMP (South China Morning Post), Hong Kong’s leading English-language daily newspaper, in an article that appeared both in their print and online editions. 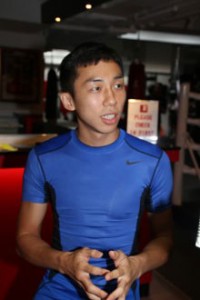 Rex- “No doubt, working with Ross has added a new dimension to my boxing. My form has steadily improved. My stance and balance and even my posture have improved.”

Jay- “We think Rex has improved between 10 to 20 per cent in his power, speed, strength and conditioning since working with Ross.”

You can read the full SCMP article here.