The 4 Deserts Race Series is widely recognised as the most prestigious outdoor footrace series in the world. It consists of the Sahara Race (in Egypt), the Gobi March (in China), the Atacama Crossing (in Chile) and The Last Desert (Antarctica).

Competitors traverse 250 km in 7 days over rough country terrain and have to carry their own food and clothing themselves (they are only provided with shelter and water).

Formerly known as “Racing The Planet”, the 4 Deserts Race Series is a true test of fitness, endurance and willpower. 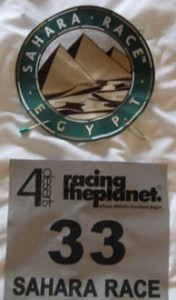 I set myself the challenge this year of completing the Sahara Race.

My biggest inspiration was my wife, Liz, who completed her own greatest adventure- the Gobi March– earlier this year!

While I had run long distances and marathons before, 250 km over a week was definitely a new challenge. I can tell you that 49 degrees is very, very hot to run in!

Here is a link to my blog diary on the 4 Deserts blog site.

This was an amazing experience and one that I will never forget. 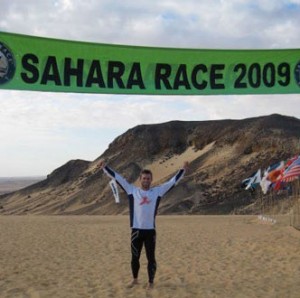